The Dutch version of the Transgender Day of Remembrance travels from one city to the next each year to achieve maximum exposure. This year it took place in the city ofNijmegenand was organized by the local Transgender Group Nijmegen with help from the Transgender NetworkNetherlandsand the Municipality.

At the beginning of the day, the volunteers set up an information stand in the city centre, handing out flyers and talking about the event as the centre filled with shoppers. It was just a few degrees above freezing so our volunteers had to work in shifts at the stand to not get too cold. During the afternoon the information stand continued and the LGBT centre – known as the Pink House – was host to various information activities about transgender rights. There were movies about the transgender rights movement inIndonesiaand thePhilippines, a presentation and debate about how to improve suicide-prevention campaigns for transgender youth and a writing room where visitors could write letters to transgender people imprisoned in prisons that don’t match their gender identity.

But the main event was in the evening: at 7.30 PM a silent march started, heading from the Pink House to the main city square. The marchers carried 238 white balloons, each with a card naming one victim murdered since the TDOR of 2012. At the main city square, a service took place between 8 PM and 9 PM. Speeches were held and the names of the deceased were spoken along with their age, country and how they died. Speeches were held in between every 60 names as many in the crowd found it difficult to listen longer to the list of gruesome deaths. In the end the crowd was silent for two minutes, after which the white balloons were released into the night sky, carrying with them the names of those who lost their lives.

Finally, the attendees met at the LGBT centre between 9 PM and 11 PM, where there was time to talk and a live performance of some light instrumental music. This helped visitors cope with their heavy hearts. After all, going home alone after TDOR can be tough. 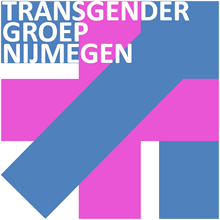